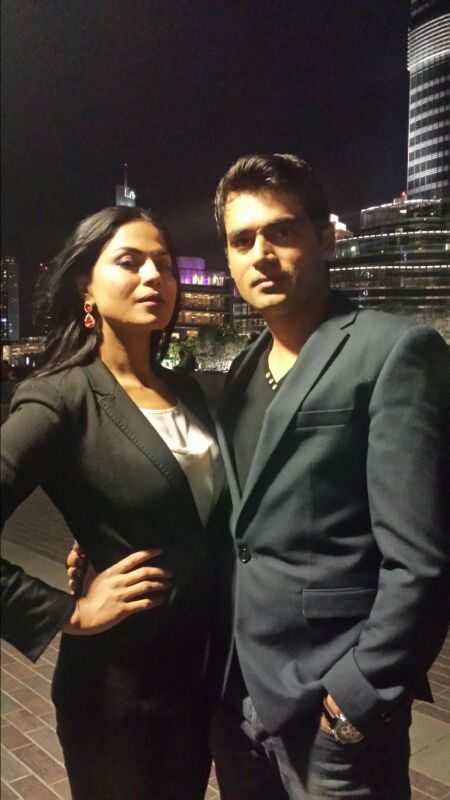 Pakistani actress Veena Malik gave birth to a baby boy in the US on September 23, 2014. SHe, along with her husband Asad Bashir have named their son Abram, which is incidentally also Shah Rukh Khan’s youngest son’s name.

The news was unveiled in a statement by the Virginia Hospital Centre and was also confirmed by a Tweet by Asad who wrote, “Thank you Allah Pak 4 blessing us wth a lovely son Abram Khan Khattak. @iVeenaKhan thx 4 giving me biggest happiness.” Veena and Asad got married in a traditional nikaah ceremony in Dubai on December 25, 2013.

The couple also shared a picture of their son, who is held by the proud father in the hospital. Reports confirmed that the baby and the actress are doing well. Veena Malik shot to fame when she appeared on one of the seasons of the reality show ‘Bigg Boss’, which is currently in its eighth season.

The actress was in news for her closeness with actor Ashmit Patel while on the reality show. The intimacy shared on the small screen had helped the show garner plenty of TRPs. After ‘Bigg Boss’, Veena also did many commercial films like ‘Daal Me Kuch Kaala Hai’, ‘Zindagi 50-50’ and ‘Super Model’. She also worked in the Kannada remake of Bollywood movie ‘The Dirty Picture’.