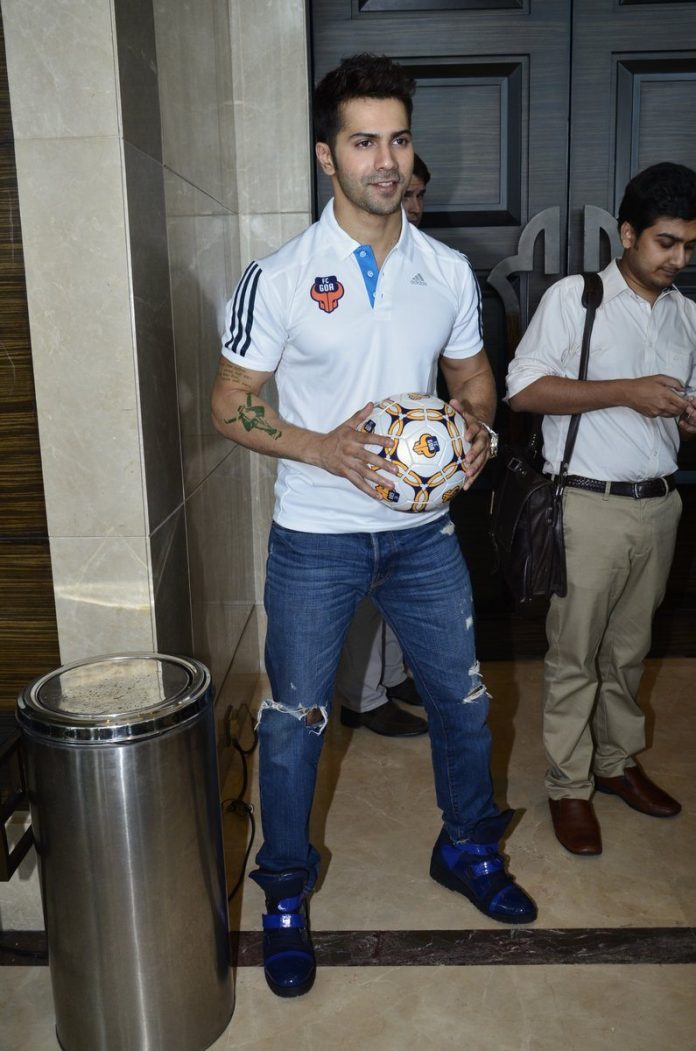 Varun Dhawan and Virat Kohli at the FC Goa press conference in Mumbai.

Virat and Varun were both wearing the franchisee’s official white t-shirt. Varun is already the brand ambassador of the team. The ‘Humpty Sharma Ki Dulhaniya’ actor was also seen sporting a Michael Jackson tattoo on his hand. The FC Goa management also announced that Frenchmen Robert Pires will be the marque player and football legend Zico will be the coach of the team.