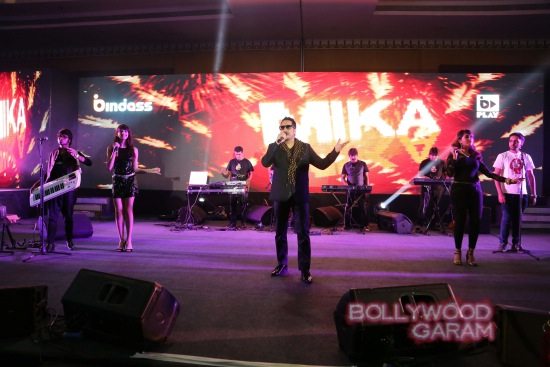 Television channel Bindass celebrated its seventh anniversary, the anniversary celebration was doubled as Disney India announced the launch of their new channel ‘Bindass Play’ at an event on September 24, 2014.

The gala evening’s party mood was amped up with a special performance by singer Mika Singh.

The channel Bindass Play will deliver distinct programming which will continue to offer the Bindass experience revolving around music.

The channel will be available across all major DTH and digital players including , Tata Sky, Dish TV, BIG TV, Fastway, Sun Direct, Airtel Digital, Hathway and more from October 1, 2014.

The event was also attended by Vijay Subramaniam – Vice president at Content and Communications at Media Networks, Disney India.