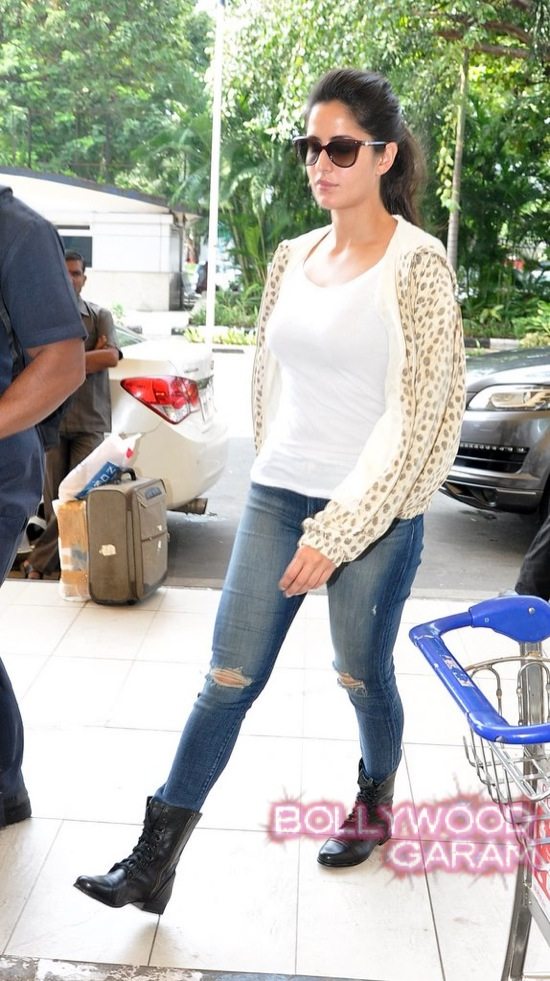 The sultry Katrina seemed to be in a hurry and did not want to be photographed.

The action packed movie ‘Bang Bang’ is one of the most awaited movies of the year; the film is a remake of the Hollywood flick ‘Knight and Day’ (2010) – starring Tom Cruise and Cameron Diaz.

The songs of the film have already caught on like wild fire amongst audiences.

The masses are now waiting to get a full fledged ‘Bang Bang’ experience and ofcourse, Hrithik and Katrina’s sizzling hot chemistry will obviously be something to watch out for!