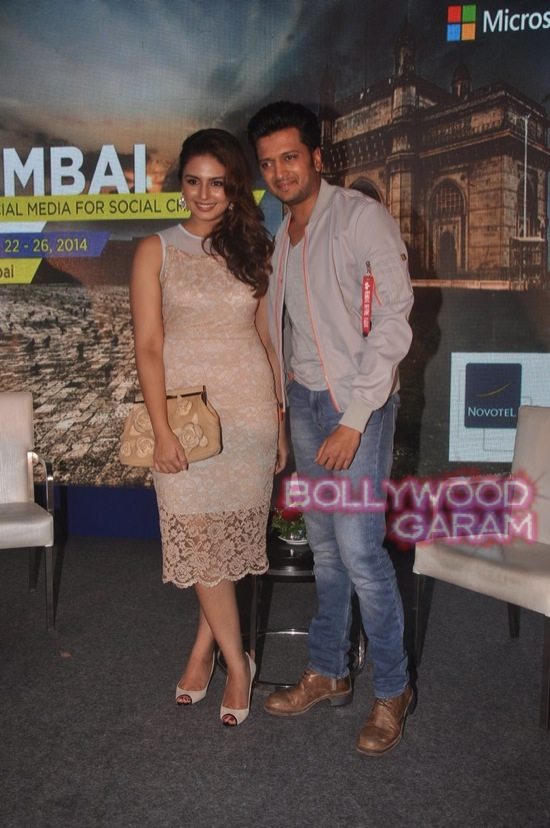 At the event was also the comedy group ‘All India Bakchod’ stars Tanmay Bhatt, Rohan Joshi and Gursimran Khamba.

Huma looked pretty in a Koovs outfit. The actors interacted with the media and discussed some interesting points with the audience. Riteish and Huma took to their Twitter accounts to express that they had a great time at the discussion.

Bollywood actor Riteish recently made his debut in the Marathi film industry with the movie ‘Lai Bhari’, which also had Salman Khan playing a cameo. Huma is currently working for some of her upcoming projects ‘X’ and ‘Highway’.