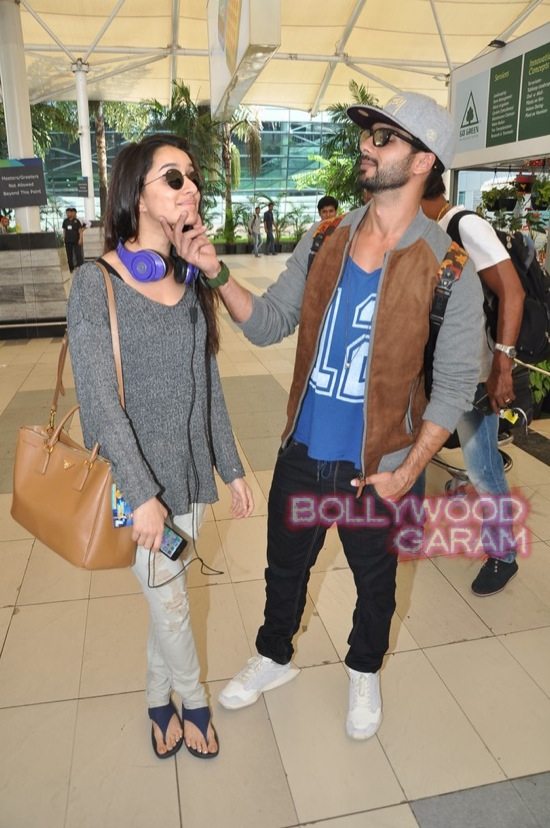 The lead pair of ‘Haider’, Shraddha Kapoor and Shahid Kapoor are trying their best and are leaving no stone unturned in promoting their upcoming movie. The movie is all set to hit the theaters on October 2, 2014. Shraddha and Shahid were photographed at the Mumbai Domestic Airport after they returned from a promotional event.

The lead actors of Vishal Bharadwaj’s ‘Haider’ also obliged the photographers with poses and enacted a scene from the movie.

‘Haider’ is reportedly a remake of Shakespeare’s Hamlet and is set in Kashmir. The movie also has Tabu who will be seen playing the role of Shahid’s mother. ‘Raanjhana’ actor Dhanush was seen along with the two stars.