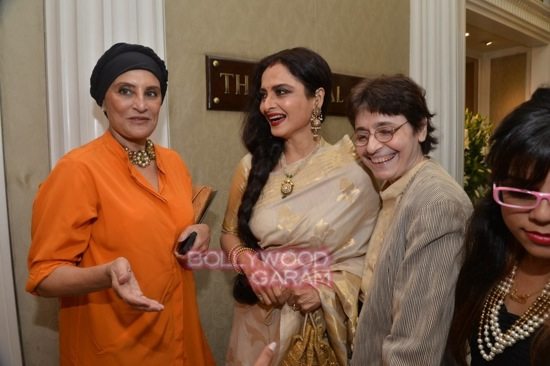 The event was also attended by Tarun Tahiliani who showcased his latest collection at the event, where the ‘Dabangg’ actress Sonakshi Sinha walked the ramp displaying the celebrity designer’s work. Sonakshi was accompanied by her mother Poonam Sinha.

Rekha’s sporadic appearances in Bollywood films continue as she awaits the release of her upcoming film ‘Super Nani’ on October 31, 2014. The movie, which marks the comeback of the actress to the big screen, revolves around the tales of women who realize their untapped potential to overcome hardships.