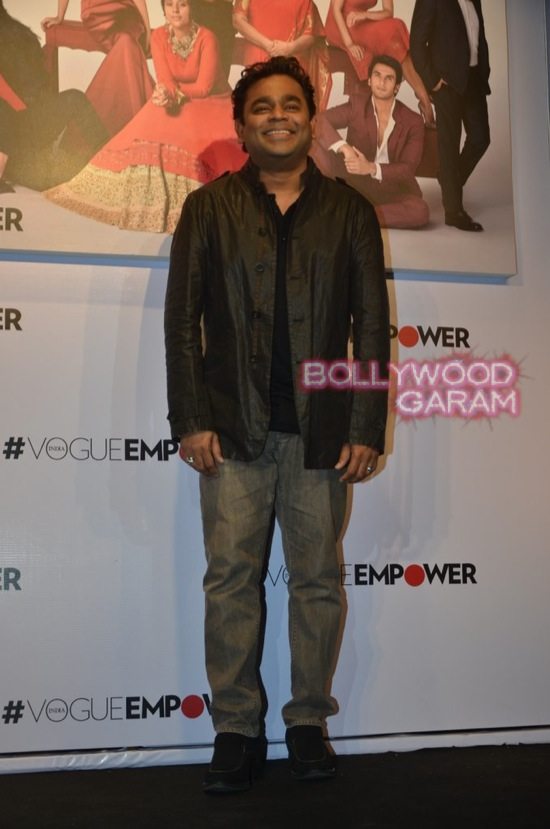 Indian music Maestro A.R.Rahman has released his new album ‘Raunaq’ in collaboration with former Human Resource and Development Minister Kapil Sibal at an event held in Blue Frog, Mumbai on September 29, 2014. The album was released along with the Vogue India’s October seventh anniversary issue.

While interacting with the media at the event, Rahman said, “I pledge to spread the message of Vogue Empower by dedicating my latest album,Raunaq, to this campaign.” The Oscar winning composer added that the album focuses on the cause of women’s empowerment.

Rahman has collaborated with Kapil Sibal, who has penned the lyrics and Lata Mangeshkar who has lent her voice. Other singers who have also lent their voices include, Mohit Chauhan, Shreya Ghoshal, Shweta Pandit, Jonita Gandhi and Chitra.