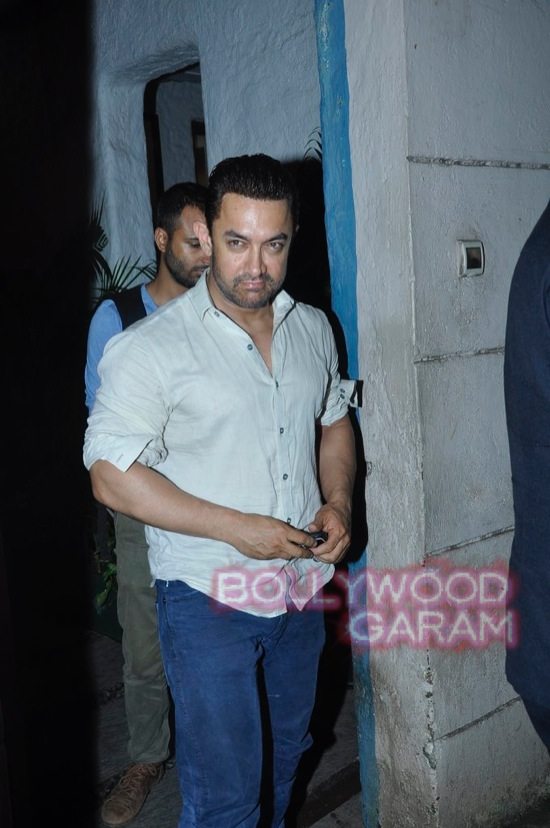 Bollywood superstar Aamir Khan looked ruggedly dashing as he was seen with his mother Zeenat Hussain and Vidhu Vinod Chopra at the filmmaker’s studio in Mumbai on September 29, 2014.

Chopra has produced the upcoming movie ‘PK’ which stars Aamir, Sushant Singh Rajput and Anushka Sharma. The movie recently made headlines when the makers released the film’s first poster, which featured the ‘Dhoom 3’ actor standing on a railway track with no clothes and only a radio for cover.

Another poster was revealed a few weeks ago, with Aamir fully clothed this times, but in a bandmaster avatar, followed by a third one where Aamir is donning a police uniform, alongside actor Sanjay Dutt in the bandwalla uniform instead.

The PK team has plans to  release as many as eight posters before the film hits the big screens on December 18, 2014. As per the ‘poster marketing’ plan of the team, each poster is expected to unfold a different story, aimed at  confusing the audiences.