Bollywood Garam: The most popular Indian celebrity on the internet, Poonam Pandey, has treated her fans with her new Holi festival special video. In the recent days, Pandey become a hot topic for her fake clash with Bollywood actress Chitrangada Singh.

As stripping is the favourite hobby for the model, Poonam has done what she does the best in the latest video. The video has shown the model drinking milk or ‘bhaang’ in a seductive way.

The holi video has been named as ‘The Dirty Play’ in which the model can also be seen playing with colours and water. The video overall does not seem sexy enough but is just enough for the fans to catch a glimpse of Poonam on Holi mood.

For a long time the wannabe actress had maintained silence when she was allegedly criticized by Chitrangada, but then opened up, after which the actress said that she did not even have Twitter account and that she does not even follow Poonam Pandey and what she does professionally or personally. an account in the name of Singh expressed anger by saying that she was unnecessarily dragged over the issue.

Poonam these days makes sure that she some how gets in to the limelight through her hot and sexy pictures and videos. 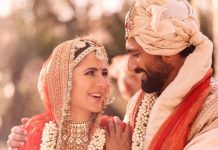