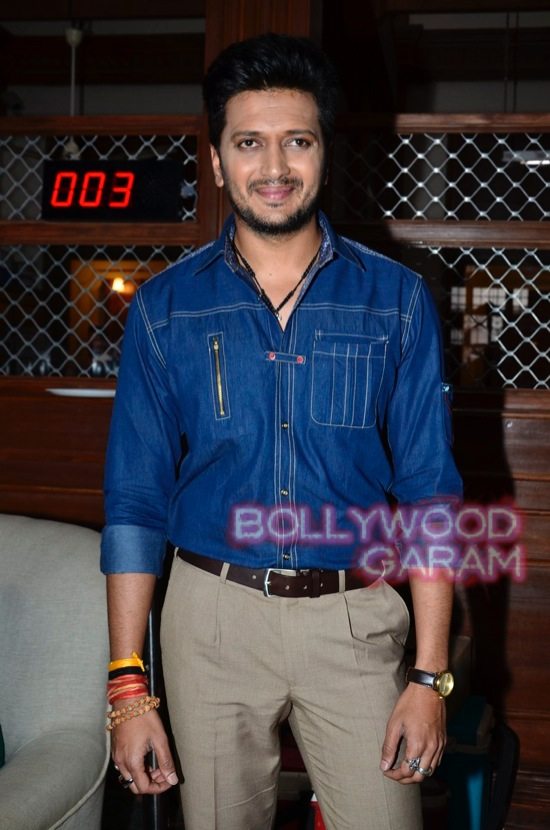 Bollywood actors Vivek Oberoi and Riteish Deshmukh were photographed on the sets of the upcoming movie ‘Bank Chor’ at Mehboob Studios, Mumbai on October 8, 2014. The makers had erected a bank replica to shoot for a sequence.

In the movie, Riteish plays the leader of a dacoi group and Vivek plays the role of a CBI officer, who is feared by all dacoits. The shooting will continue at the location for 21 days.

The interiors of the bank are shot at Mehboob studios, while the exteriors will be shot at Forbs building near Sterling Cinema in South Mumbai. The actors were shooting for a robbery sequence. The film is directed by Bumpy, of ‘Luv Ka The End’ fame.