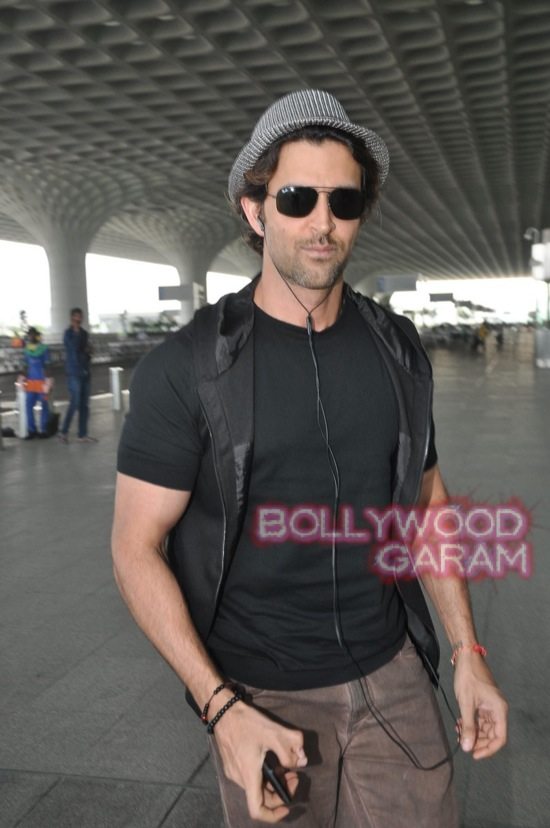 Bollywood actors Hrithik Roshan, Arbaaz Khan and Esha Gupta were photographed at the Mumbai International Airport on October 10, 2014. Roshan was reportedly flying out of the country. His latest release ‘Bang Bang’ has done exceptionally well at the box office.

Actors Esha Gupta and Arbaaz Khan were also seen at the airport. Gupta was last seen in the movie ‘Humshakals’ which did not do that well at the box office. The movie ‘Bang Bang’ is an action packed movie with Hrithik and Katrina performing hard core stunts.

Khan is currently preparing for the release of his upcoming movie ‘Dolly Ki Doli’.