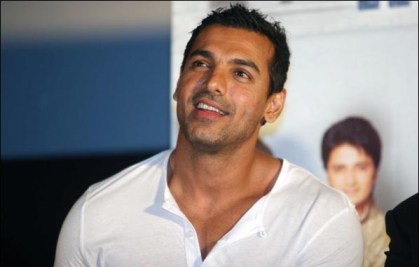 Bollywood actor John Abraham will soon be seen in an upcoming movie, ‘Vicky Donor’ based on an interesting and never touched subject. Eros International Media LTD has announced that the movie will be releasing on April 20, 2012.

The first look of the movie was also launched at a suburban multiplex in Mumbai. Eros will be producing the movie along with John Abraham’s banner JA Entertainment Production and will be directed by Shoojit Sircar.

Apart from John the movie will also have the cast of Ayushmann Khanna in his debut role, Yami Gautam and Annu Kapoor. The movie will be based on a light hearted with the subject of infertility and artificial insemination or sperm donation.

Sunil Lulla, the managing director of Eros International, while commenting on the movie said that with ‘Vicky Donor’ one can expect the unusual and out of the box movie. Lulla added that it is a light and enjoyable movie and the audience can expect a pleasant surprise. The managing director also expressed that they are happy to associate with John with for his maiden production venture. John while talking about the venture said that he too is excited about venturing in to production.