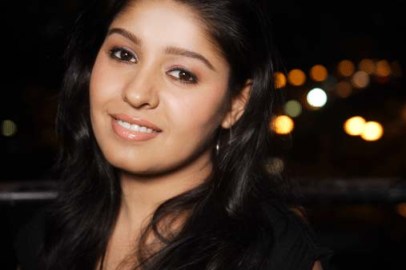 Bollywood Garam: Bollywood’s most popular singer Sunidhi Chauhan is once again ready to tie the knot with upcoming music composer Hitesh Sonik. Sonik is known for composing music for the movies like ‘Pyaar Ka Punchnama’, ‘Stanley Ka Dabba’ and ‘My Friend Pinto’. Sunidhi has earlier come out of a failed marriage and has always maintained herself as a very private person.

When contacted the singer was initially reluctant but ultimately confessed that that it is true an revealed that they will be tying the knot very soon but are yet to fix the date. Hitesh was earlier a music arranger and is now a music composer. The two have been dating for over a year and are likely to tie the knot next month in Mumbai. Close friends of the singer said that she has always been private about her personal life.

Chauhan was earlier married to Bobby Khan, who is the brother of the choreographer Ahmed Khan, but never opened up about it in the media. Sunidhi got married to Bobby at an early age in a very secret ceremony that was attended by the immediate family members and close friends. Initially, the singer was happy and said that her in-laws never make her feel that she has entered a new family and is very comfortable.

The singer’s marriage with Khan had caused a rift between Sunidhi and her parents , who thought that it wasn’t a suitable pair. A year later, the two separated and this brought the daughter back to her parents. During the separation days, the singer lived with actor and TV anchor Annu Kapoor and his wife Arunita and filed for a divorce the same year citing that she and Khan wanted different things from life. Hitesh and Sunidhi met professionally a couple of years back and are dating since a year.