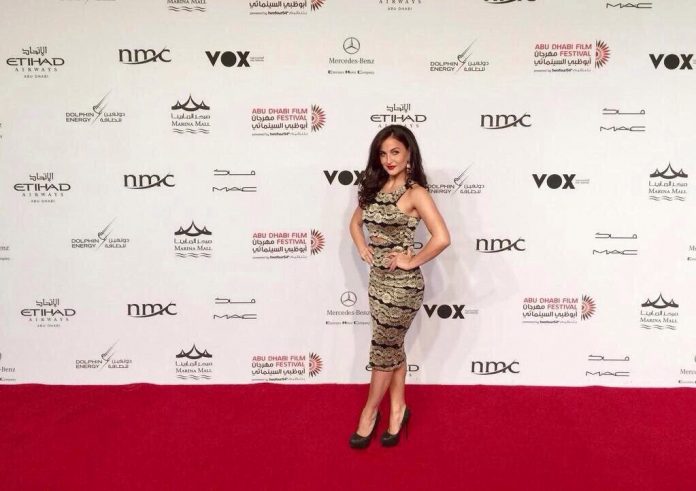 Swedish-Greek actress Ellie Avram walked the red carpet at the Abu Dhabi Film Festival on October  30, 2014. The actress looked pretty in a golden and black dress.

For the first time ever, Avram performed a Kathak dance at the event. The actress, who shot to fame with her stint in Bigg Boss will soon start filming for Abbas Mustan’s upcoming movie, opposite actor and stand-up comedian Kapil Sharma.

Ellie is a good dancer and is also a good skater. The actress made her debut in Bollywood 2013 with the movie ‘Mickey Virus’, opposite actor Manish Paul.