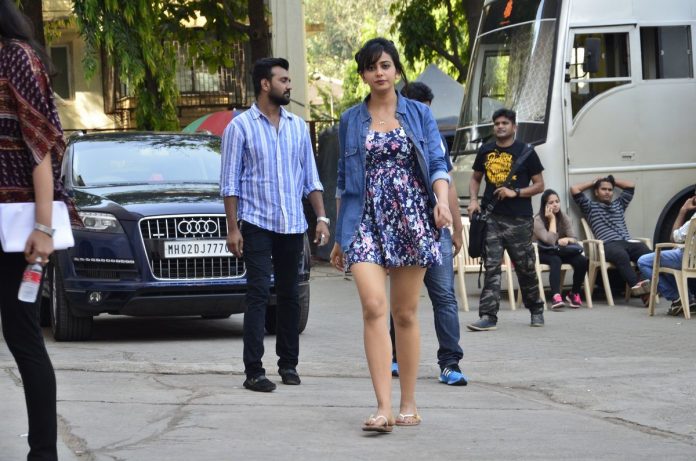 Bollywood actress Rakul Preet, who made her debut with the movie ‘Yaariyan’, was seen coming out of Mehboob Studios in Mumbai on October 30, 2014. The actress looked pretty in a blue printed short dress with a denim jacket thrown on.

Before entering Bollywood, Rakul worked in several Tamil, Telugu and Kannada movies. She started off her carer with a Kannada movie ‘Gilli’, which was directed by Raghav Loki. The actress is currently shooting for the movie ‘Shimla Mirchi’, directed by Ramesh Sippy.

Rakul started her modeling career at the age of 18 and was also one of the Miss India contestants in 2011. The actress had won four titles in the contest, including Miss Beautiful Smile and Miss Talented.