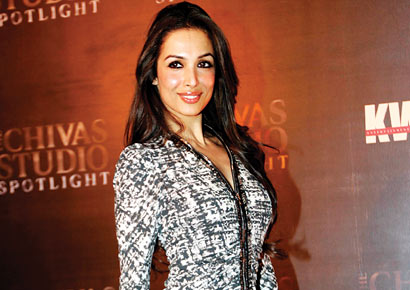 Bollywood Garam: Bollywood actress and item girl Malaika Arora Khan has recently revealed that she will be launching her fitness DVD , which will include dancercise routines also to stay in shape. Arora stated that she always wanted to do come out with a fitness DVD as she is obsessed with Yoga.

The unique part is that the DVD will mainly talk about how to incorporate yoga sessions into the daily routine and how one can dance the way to fitness. Malaika pointed out towards the Indian women who are intimidated by the concept of going to the gym and said that the DVD will show people how to maintain themselves within the comfort of your home.

Meanwhile, husband Arbaaz Khan is busy with the sequel of ‘Dabangg’ with Salman Khan and Sonakshi Sinha. The shooting of the movie has already started and it will also be marking Khan’s directorial debut.

Malaika is known for her item girl image with several successful item songs like ‘Chaiyya Chaiyya’, ‘Munni Badnaam Hui’ and the latest ‘Anarkali Disco Chali’. When asked if Arbaaz ever gets jealous of the fan boy attention that she gets, Malaika said that her husband is used to whole world commenting about her dance numbers and besides Arbaaz also gets a private show due to which he does not complain.