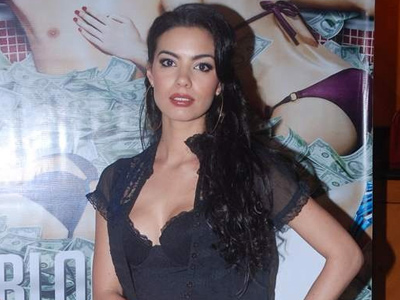 Bollywood Garam: After the love making scene from the upcoming movie ‘Blood Money’ leaked on the internet, Canadian actress and model Mia Uyeda has opened up about the video. The actress, who appears in the intimate scene along with Kunal Khemu, said that her family was not upset over the leaked scene.

While talking to the reporters, Uyeda  said that her dad had called her from Canada after watching the leaked video, but did not seem upset about it. The actress added that she had even spoken to her grandmother, who is 82-years-old and was also an actress in Canada, who told her that it is alright as long as she was comfortable doing it.

A snapshot of the leaked Blood Money intimate scene

Mia added that her father was actually proud of her and said that she is finally doing what she likes the most. While talking about shooting the steamy scene, Mia said that director Vishal Mahadkar had briefed her about the scenes and that she was mentally prepared for it.

The actress said that she was ok with it and if she had done it half way then it would have looked fake due to which she jumped in to it.