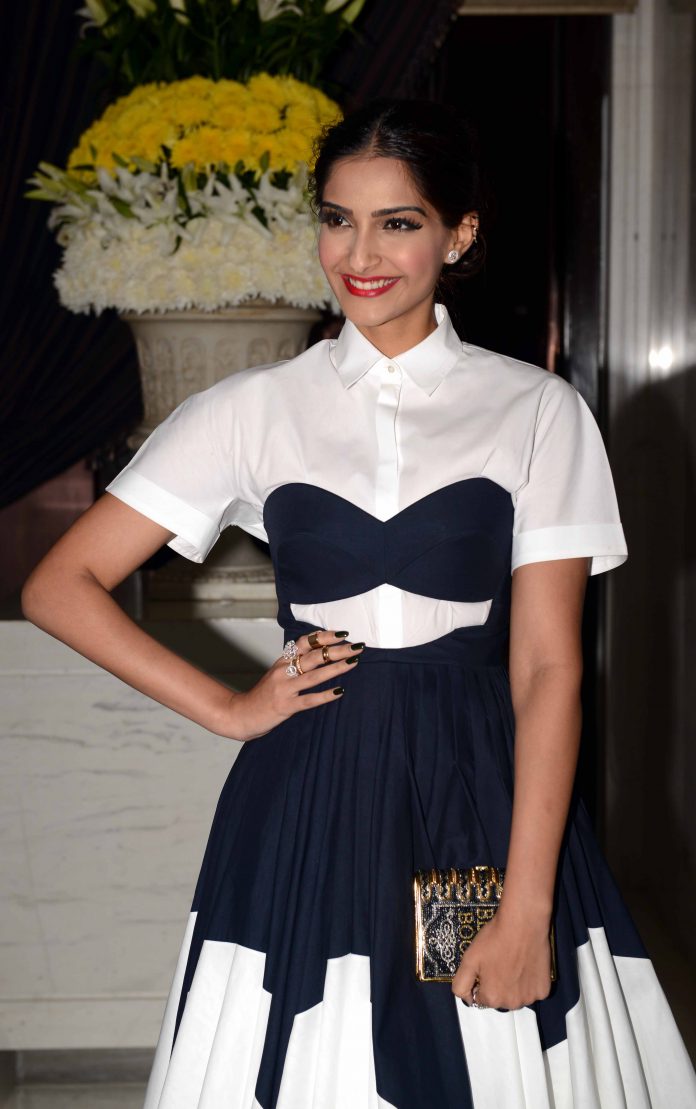 Sonam was wearing an unconventionally designed dress that aligned with her image as a fashionista in the industry. The actress was recently seen in the movie ‘Khoobsurat’, which also starred Fawad Khan and Kirron Kher.