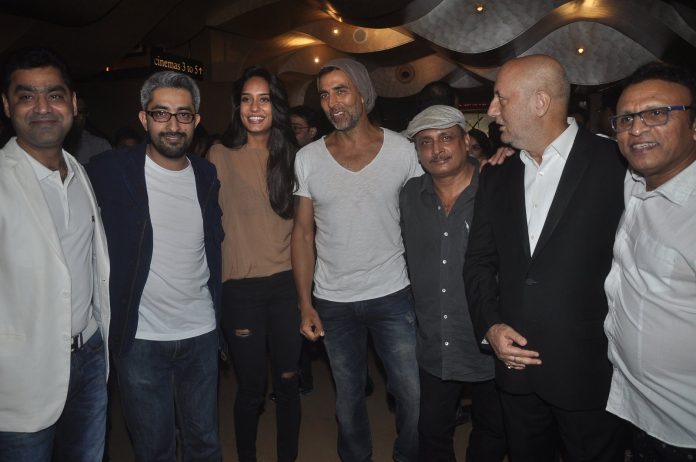 The cast and crew of the upcoming film ‘The Shaukeens’ attended the screening of the movie in Mumbai on November 6, 2014. The screening was attended by actors Lisa Haydon, Akshay Kumar, Annu Kapoor, Anupam Kher, Ali Zafar and Goldie Bahl. Lisa Haydon shot to fame with her role in the movie ‘Queen’.

‘The Shaukeens’ is a remake of the classic movie ‘Shaukeen’, which was directed by Basu Chatterjee and starred Rati Agnihotri, Ashok Kumar, Utpal Dutt and  A K Hangal.

The movie hit the theaters on November 7, 2014 and is produced by Akshay Kumar, who will be seen playing a cameo in the movie. ‘The Shaukeens’ is directed by Abhishek Sharma and also stars Piyush Mishra and Rati Agnihotri.