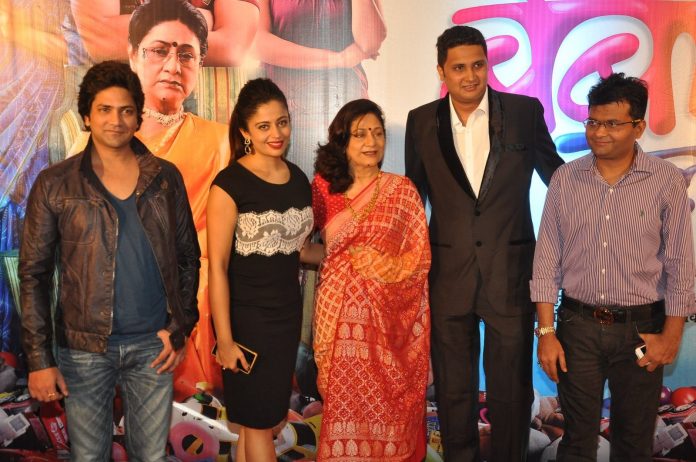 The movie opens with a hilarious scene that involves the lead actors in a funny situation. The movie is produced by Balraj Irani and is directed by Vinay Lad. ‘Bol Baby Bol’ also features Makrand Anaspure, Siya Patil and Neha Pendse.

This movie marks the comeback of Aruna Irani in Marathi cinema after almost 16 years. The story revolves around a new born baby and the challenges associated with raising one.