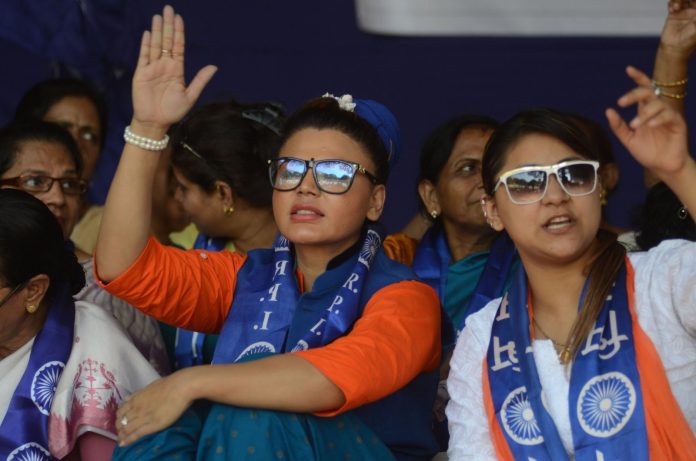 Activism and politics combined, Rakhi Sawant and team goes on strike for a cause.

Indian actress-turned-politician Rakhi Sawant and team, who represent the Republican Party and the Women’s Wing, staged a day long hunger strike in Mumbai on November 6, 2014.

Rakhi and her team were protesting against the brutal killings of a dalit family at Jawkhede Khalsa village in Ahmednagar district of Maharashtra. This year the actress has been active in the political field and took part in various social activities.

In a recent show Rakhi said that she would be a part of politics and will also continue to be active in the film industry.