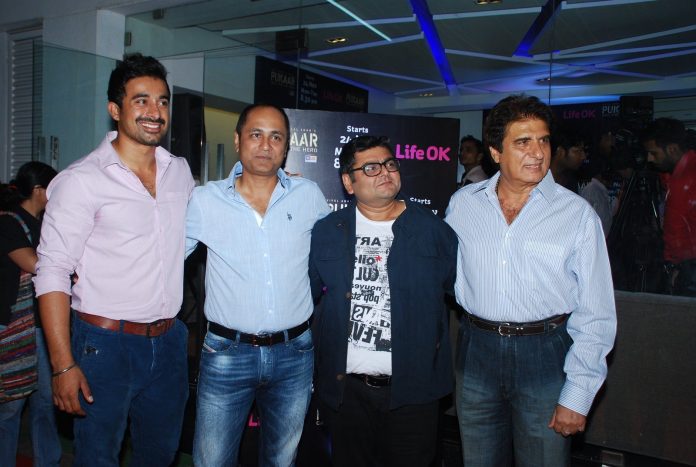 Actors Ranvijay Singh and Adah Sharma attended the launch TV show ‘Pukaar’ on November 10, 2014. The event was also attended by veteran actor Raj Babbar, and the show will begin airing on Life OK from November 24, 2014.

‘1920’ actress Adah Sharma looked petite in a pink dress with a sling bag and brown boots. Ranvijay Singh carried off a light pink shirt and jeans with grace. Also present at the event was Vipul Shah, Deven Bhojani and Kiran Karmarkar.

The show is about an army man officer, around whom a drama would be woven. This show will cut away from the regular household drama and would remind audiences of the 90s show ‘Fauji’, which starred Shahrukh Khan.