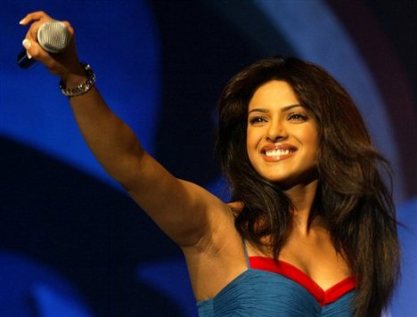 Last year it was Bollywood King, Shahrukh Khan, and Katrina Kaif, who mesmerized the audience of Chennai at the opening night of the IPL. This year, SRK’s rival Salman has been roped in along with Priyanka Chopra, who will be matching steps together on the stage on popular numbers. The authorities of the IPL have promised that the night will not only showcase unprecedented action and on-field entertainment, but will also be launching an evening of glitz and glamour. The authorities have added that the stage will witness international artists on the eve of the first match of the series.

The stars will descend at the YMCA College of Physical Education Nandanam in Chennai, where the Bollywood stars will be spreading their glitter. Amitabh Bachchan, who has just recovered from an abdominal surgery, will be seen in his unique style at the new season of the IPL. Reports have said that the popular south Indian choreographer and director Prabhu Deva will also be performing on the IPL stage.

Salman, as always will, do what he does the best and will leave the audience asking for more. if that;s not enough, Bollywood actress Kareena Kapoor is also all set to shake a leg at the opening cermony and ‘Firework’ singer Katy Perry will add some intentional sparkle to the event.

While talking about his own upcoming performance, Mr Bachchan, tweeted and wrote, “IPL Opening extravaganza in Chennai and yours truly is a small part of it …nervous as hell..a small appearance for the show .. April 3rd is the day for the opening. Preparing for it already .. getting back into the grind.”

Rajeev Shukla, the IPL chairman said that he is delighted to welcome the stars for the mega event.