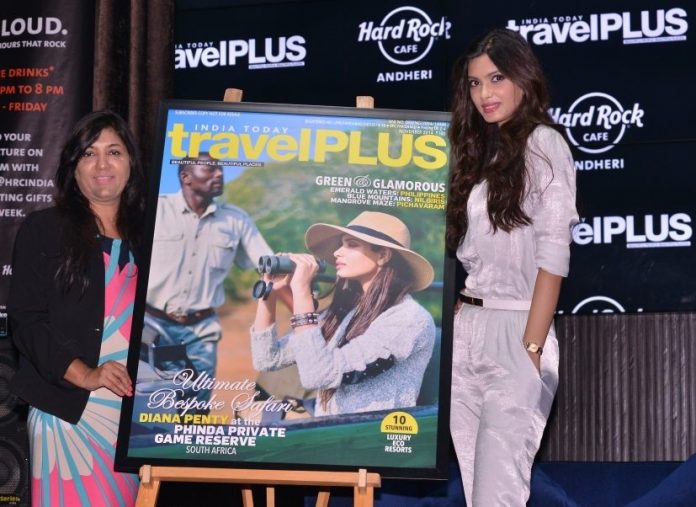 Bollywood actress Diana Penty unveiled the cover of Travel Plus magazine at an event held at Hard Rock Cafe in Mumbai on November 13, 2014. The ‘Cocktail’ actress looked drop dead gorgeous in a white outfit. The pretty actress was also on the cover of the magazine’s November issue.

Along with her experience, Diana has also listed the 10 things that people must do when they visit the country. The actress made her Bollywood debut in the movie ‘Cocktail’, opposite stars Saif Ali Khan and Deepika Padukone.