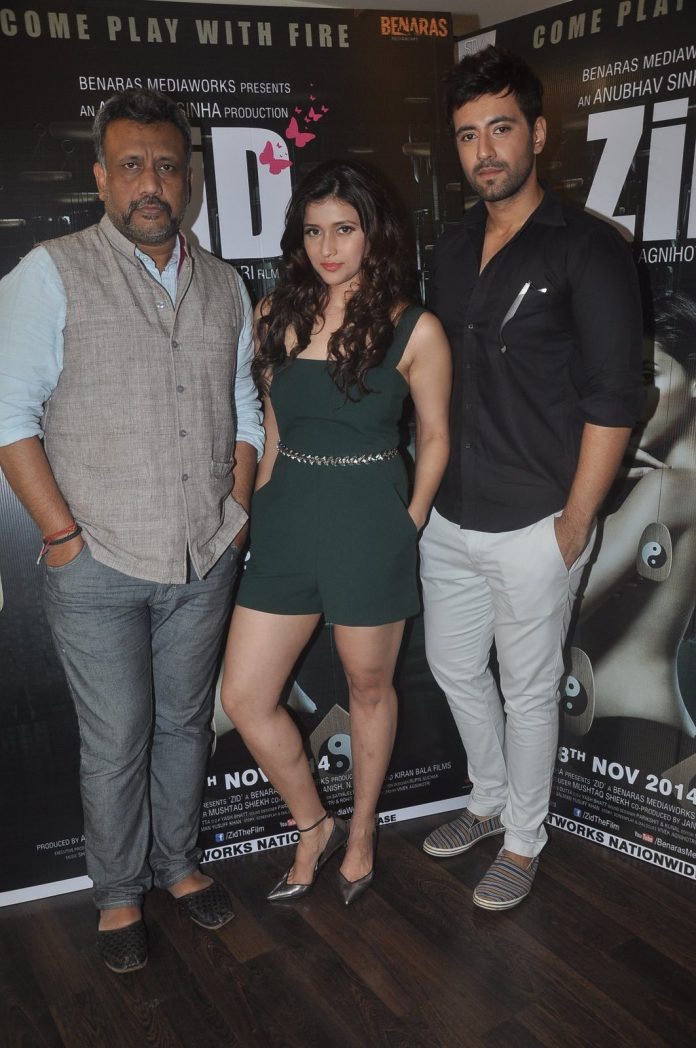 Lead actors of the upcoming Bollywood movie ‘Zid’ Barbie Handa and Karanvir Sharma hosted a press meet on November 13, 2014. Barbie, who is also known as Mannara, looked pretty in green jumper shorts, while Karanvir too looked rugged in a black shirt and jeans.

Mannara, who is the cousin of Priyanka Chopra, Parineeti Chopra and Meera Chopra, will mark her debut with the flick, which is all set to hit the theatres on November 28, 2014.