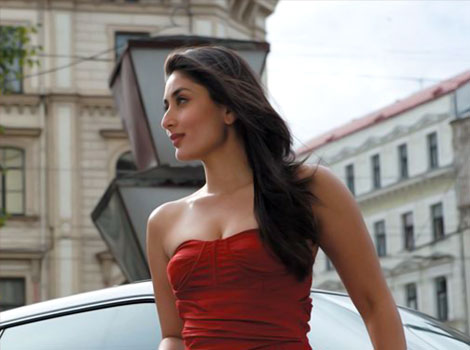 Bollywood Garam: After the huge success of the item song ‘Munni Badnaam Hui’, the makers of the movie ‘Dabangg 2’ are planning something big this time. Reports say that actress Kareena Kapoor has been roped in for a hot and sizzling item song in the movie along with Salman Khan.

Malaika Arora has been retained from the earlier movie, but Kareena will also allegedly be starring in a separate item song to make things more interesting for the audience. Bebo is in the news these days for her ‘mujra’ performance in the upcoming movie ‘Agent Vinod’.

In the past too Kareena has done quite a few item songs like ‘Its Rocking’, ‘Yeh Mera Dil’, ‘Chammak Challo’ and ‘Criminal’. The hero of the movie , Salman Khan, will be seen grooving to the song ‘Pandeyji Mere Seeti’ and will be joined by Malaika Arora.

The shooting of the sequel of ‘Dabangg’ has already begun on a huge scale. The makers have booked the entire studio for the shooting of a single movie with huge sets. There are high expectations with the sequel as the earlier part was a major success.

The movie will be directed by Arbaaz Khan and is expected to be released on December 21, 2012.