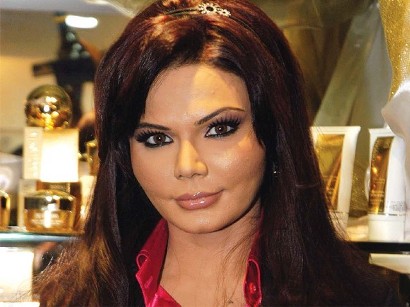 Bollywood Garam: Controversy is the second name for hot item girl Rakhi Sawant. Sawant made it big in the industry with the help of several controversies which were all initiated by her and now the dance queen wants to play it safe.

Recently, the actress blurted out about an A-list actress, who has also done a couple of item numbers, saying that she is as stiff as a block of wood. Sawant is known for her big mouth and has made news wherever she has been.

Some of Bollywood Garam’s sources say that people now are no more interested in her loud talks as well as unpleasant voicing of opinions and that it might even result in the slashing of her assignments. Whether it is work or her personal life, Rakhi feels that her views on everything are most important.

Sawant is known for talking about anything and everything without worrying about the consequences. At the same time, the actress even makes sure to entertain everyone around her; but now it seems like the actress has to be careful in terms of her usage of words as it might affect her assignments. Rakhi has always been in the limelight due to which everyone invites her to the events so that it is publicized merely due to her presence.