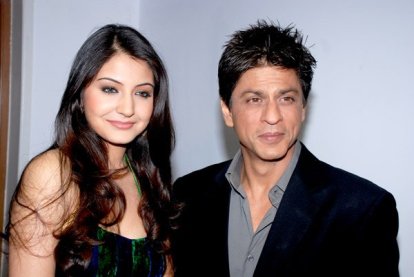 Seems like, things have normalized between Farah Khan and Shahrukh Khan after the popular brawl between Farah’s husband Shirish Kunder and SRK. The choreographer has recently roped in Shahrukh for her upcoming movie.

Moreover, reports also say that the makers of the movie have also finalized the leading lady opposite Shahrukh. One again the ‘Rab Ne Bana Di Jodi’ couple will be seen together as Anushka Sharma has been roped in by the choreographer.

Reports say that Anushka is already excited about the role and has also agreed to sign on the dotted line. People familiar with the casting procedure revealed that Farah wanted someone big for the movie, someone who is hot and happening.

So Kareena Kapoor and Katrina Kaif were obvious choices but Anushka managed to bag the role. The choreographer is also fond of Anushka and she was also impressed by Anushka’s dancing abilities that were shown in RNBDJ. On the other hand Anushka has also become a busy actress and will soon start shooting along with Aamir Khan for the movie ‘Peekay’. Sharma is now busy figuring out dates with Farah. The choreographer’s film is expected to hit theatres in the year 2013 and it will also be a refreshing experience for the audience to see the couple once again on the silver screens.