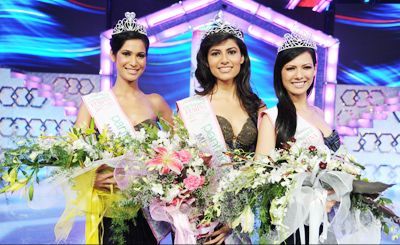 Bollywood Garam: The 2012 Pantaloons Femina Miss India World title has been claimed by Chandigarh girl Vanya Mishra on March 30, 2012. The grand finale of the 49th edition of the beauty pageant was hosted by Ayushman Hurana and Manish Paul.