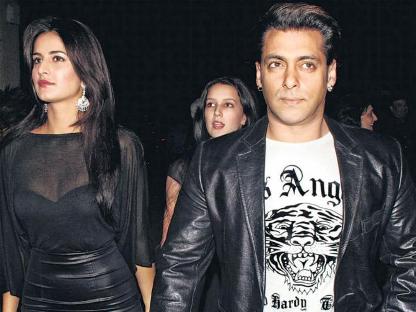 Bollywood Garam: Bollywood actress Katrina Kaif has become the hottest item girl in the industry with the hits that she has given in recent times for movies like ‘Agneepath’ and ‘Tees Maar Khan’. Now Kaif has allegedly expressed that she also wants to be a part of the movie ‘Dabangg 2’.

Salman Khan and Katrina Kaif in a file pic

Katrina has also left behind many established item girls in the industry to become the hottest thing on the block. As Kaif and Salman Khan are shooting for the movie ‘Ek Tha Tiger’, the actress is believed to have expressed her desire to her co-star of wanting to be a part of the sequel of the block buster movie.

The two have also spent a considerable time together during the Yash Raj movie shoot, but reports say that the movie ‘Dabangg 2’ is already packed with item numbers from the sizzling hot Kareena Kapoor, Malaika Arora Khan and Salman Khan himself. Considering Katrina’s closeness to Salman, it is likely that the makers could accommodate another item song in the movie for Kaif which will be directed by Arbaaz Khan.

The shooting of the movie has already begun and also stars Sonakshi Sinha, who has been retained from the earlier movie.