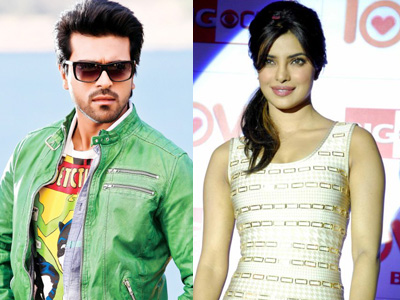 The news is that south super star Teja, who will be making his Bollywood debut with the movie will be getting a whopping Rs. 12 crores for his role of Vijay, which was played by Amitabh Bachchan in the original version. Sources from the production say that it is ridiculous to even suggest that Chopra will be getting a higher price than Teja.

In the south film industry the actor charges Rs. 10 crores, while the Bollywood deal has been sealed for Rs. 12 crores. Reports have also said that the PR management of Priyanka is behind spreading such false rumours.

Meanwhile, the makers will soon begin the shoot of the remake and the makers of the original movie have also given their nod on the remake. The producers have roped in an interesting cast including, Arjun Rampal, Prakashraj and Mahie Gill. Film maker Amit Mehra will be directing the movie.