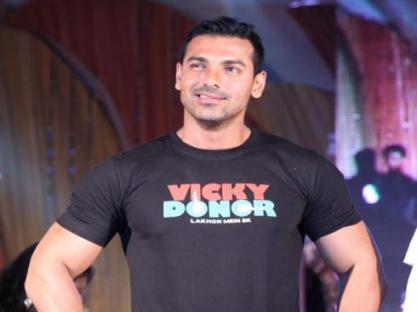 Bollywood actor John Abraham, whose upcoming movie ‘Vicky Donor’ has raised the issue of sperm donation. And now a female fan, who is reportedly childless, wants him to donate his sperms so that she can be a mother.

The actor has received strange requests from a married woman who is having trouble conceiving a child. As artificial insemination is the only solution, the lady, who is a fan of the actor wants him to donate his sperms for the cause.

Moreover, the lady has claimed that she will not have anyone else’s sperms than John’s. Since John has come out in open talking about the sensitive topic, the actor has earned the fan’s respect.

The upcoming movie is based in the issue of sperm donation. The movie is also going to encourage the youngsters to come forward and help the parents who are not able to have children in the natural way. During a press conference, John said that he will definitely donate his sperms , but if it happens then it would be purely altruistic and philanthropic reasons. After the promise from the actor, a well known fertility centre in Chandigarh has asked him to do so.