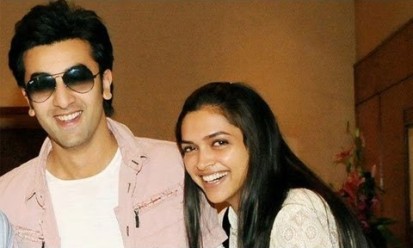 Film maker Ayan Mukherjee might have managed to bring together the ex-lovers Deepika Padukone and Ranbir Kapoor, for his romantic film but is wondering if he will be able to shoot the intimate scenes. The movie has a few intimate scenes between the two but the film maker is thinking Ranbir and Deepika will be comfortable in doing them.

Due to this the film maker is even thinking of dropping the idea of the intimate scenes. The shooting of the movie has already begun and that Ranbir and Deepika also had a great time shooting in Manali.

Initially, the two had even agreed that they will not have any qualms shooting the intimate scenes, but then the film maker realized that there is a visible difference in how Ranbir and Deepika relate to each other. Ayan knows Ranbir as well and Deepika and is aware of the situation.

Ayan feels that there is still a sense of awkwardness on them and that if they are forced to do the scene then the film maker might not be able to get that chemistry on camera. This might even affect the overall chemistry that they share in the movie.