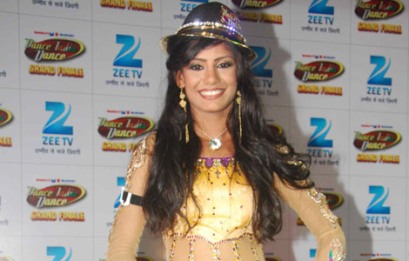 After being named as the ‘dark horse’ by the judges on the dance reality show ‘Dance India Dance’, Rajasmita Kar, from Rourkela has claimed the title of the show. Apart from the prestigious golden hat, the dancing star has also won a Maruti Suzuki Ertiga, which is recently launched by the Indian auto giant.

Kar has dreamt to buy a nice home for her parents and then pursue her dreams in Bollywood. The 21 year old dancer, with immense passion for dance, was announced the winner of the show at the grand finale event of Zee TV on April 21, 2012.

The dancing star claimed the title with the highest 45,89,300 votes. Rajasmita lives with her parents Ramesh Kumar Kar and Ranjita in Rourkela and is a class 12 arts student.

The dancing star as always passionate about dance and was mentored by the choreographer Geeta Kapoor. Rajasmita has earlier participated in the other regional dance competitions and has now brought laurels for her locality who distributed sweets among themselves over her win. The dancer left behind the other finalists, Mohena Singh, Sanam Johar, Pradeep Gurung and Raghav Juyal. The 21 year old auditioned for the show at Bhubaneswar.