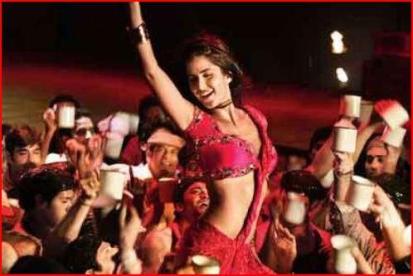 After the success of the item song ‘Shiela Ki Jawani’, Bollywood actress Katrina Kaif is all set to turn Shiela once again. This time Kaif will be seen in the same ‘Shiela’ avatar for the ‘Zindagi Na Milegi Dobara’ director Zoya Akhtar.

The film maker is making a documentary ‘Shiela Ki Jawani’ on hundred years of Bollywood. The documentary will have Katrina in the lead role.

Sources from the production unit say that when Zoya was approached to make the documentary, she felt that the popular track from ‘Tees Maar Khan’, would be the perfect one to describe the glamorous world of Bollywood. Choreographer Farah Khan is the person behind the ‘latkas and jhatkas’.

The song has also recognised Kaif as one of the hottest item girl in Bollywood, after which she did ‘Chikni Chameli’. Later after the sing became popular a B’grade movie was also made with the same title. The documentary will be narrating the story of a boy who is a huge fan of the item song and wishes to meet Shiela in reality. The popularity of the song will be the main backdrop and will also talk about people’s fascination for Bollywood film stars. The documentary will be shot in Mumbai.