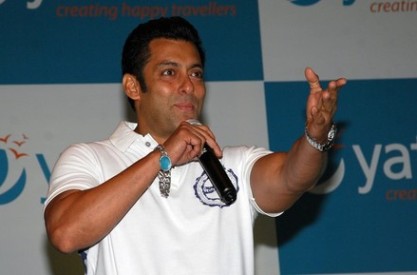 Bollywood actor Salman Khan is known in the industry to help out the newbies to build their career. There are several examples where Salman has helped many actors by either appealing to the film makers or giving them roles in his own film.

Actors like Sonakshi Sinha, Katrina Kaif and Himesh Reshammiya some of the best examples who have got the best launch pad in some way other the other through Salman. The list of the actors, who have been helped by the ‘Bodyguard’ actor, also includes some of the small time actors.

Even Boney Kapoor expected Salman to help his son Arjun Kapoor in promoting his upcoming movie ‘Ishaqzaade’. But in a rude shock for the film maker, the actor refused to promote Arjun on Twitter.

Salman has worked in Boney Kapoor movies like ‘Wanted’ and ‘No Entry’ and they also share a good relationship. Arjun was also helped by Khan in terms of his weight issues and fitness. The two also shared a great rapport as the actor was earlier dating Salman’s sister Arpita, but the relationship did not last long. But till now, it has not been known why the actor refused to promote the upcoming actor on the social networking site.