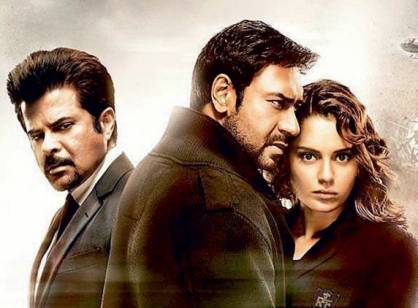 Director Priyadarshan has finally pulled off with the action flick, ‘Tezz’ released on April 27, 2012. Believe it or not, the movie did not disappoint any of the movie goers who love action films.

From the promising promos of the movie, the actual movie is also a great entertainer and will not allow the audience to even blink eyes. Right from the beginning to the end, the movie is full of moments of panic and the name actually suits each and every scene of it.

Kudos to the cinematography and the entire direction team, for their amazing creativity and perfect execution. The best part of the movie is the mere presence of the action king Ajay Devgn for his unbeatable attitude.

Though Ajay has many action flicks to his credit, he has managed to deliver a splendid performance, while Anil Kapoor, might seem bit fake but has performed well. It is just Kangana Ranaut, from whom the audience should not expect much as usual. Sameera Reddy and Zayed Khan have done an average job, many be they did not have much to do. Avika Gor, of ‘Balika Vadhu’ fame has also well played her role of Boman Irani’s daughter. Overall ‘Tezz’ is undoubtedly an action packed entertainer.