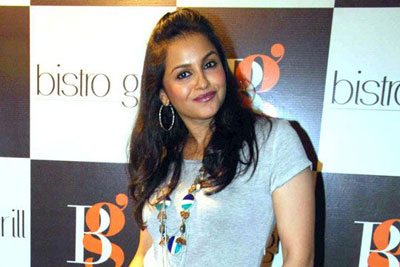 TV actress Gurdeep Kohli, is now all set to make her Bollywood debut with the upcoming movie ‘Rowdy Rathore’. The actress has managed to grab a role of a lady cop in the movie, for which she has also dared a few stunts.

Gurdeep while talking to the reporters said that ‘Rowdy Rathore’ is her first film and people will get to see her in a new look as she plays a lady cop. The movie is all set to be released on June 1, 2012 and is directed by Prabhu Deva.

The movie also features Akshay Kumar, Sonakshi Sinha and is said to be Akhay’s return to his master genre of action. Gurdeep said that she is excited about the movie as she has been given an opportunity to try her hand on a few stunts.

Kohli said, “I haven’t done very heavy duty stunts in the movie, but yes, I have got to do some action. I have a sword-fight sequence”. Gurdeep became popular in TV with the TV series like ‘Sanjivani’ and ‘Sinndoor Tere Naam Ka’. The actress is known for playing quite and conservative roles. At present the actress is working on the second season of Disney Channel’s family show ‘Best Of Luck Nikki’.