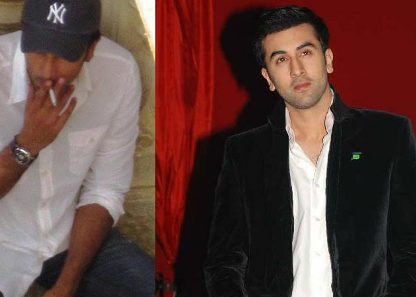 The complaint against the ‘Wake Up Sid’ actor has been filed a resident of Udaipur, Harish Vaishnav who noticed the pictures of the actor while he was smoking on the sets of his latest film, ‘Yeh Jawani Hain Deewani’.

The pictures also appeared on the local newspapers. The upcoming movie on which Ranbir is currently working on also stars his ex flame Deepika Padukone and is being shot in Udaipur.

Kapoor has been booked for violating section 5 of the Rajasthan Prevention of Smoking Act. The Act states that of a person has been found guilty of smoking in public places, he can be sentenced to a maximum imprisonment of six months or a fine of Rs. 200. Shahrukh was last month summoned by the court in Jaipur, but did not turn up personally for the hearing. The counsel for the actor then said that he was guilty of smoking in public and is ready to pay the fine.