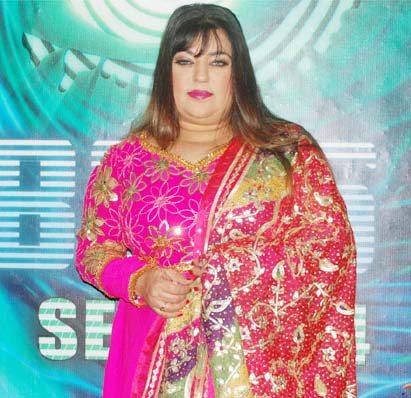 Dolly Bindra and Sameer Soni have actually been asked to leave the Bigg Boss 4 house, for the behavior that they portrayed on India’s national television. From the day she entered the reality show, Bindra has been up to something or the other.

Viewers across India watched how she initiated a fight with Shweta Tiwari, and many critics agree that she took it too far and even abused her. This is the way Dolly Bindra behaved with almost everyone in the house. After coming out of the house, she apologized for being so short tempered in the Bigg Boss 4 house, but that does not make much of a difference to the viewers since she isn’t on the show anymore. And the impact of her behaviour will remain with people for many days to go.

Bindra says that she is a jat and so has a loud character which is quite natural for her, but this is not acceptable to people who are watching her on the television along with their kids.

On the contrary, Sameer Soni always maintained dignity on the show, but he still had to pay the price for being Shweta Tiwari’s savior. The fight must have triggered a superb rise in TRP of the show and that is what the channel intends to.

The good news for the Soni fans is that he is re-entering the house on Tuesday night. So at the end, could it be that despite all allegations of being rigged that the Bigg Boss show is fair?

So don’t miss out tonight’s Bigg Boss 4 episode. Have fun!