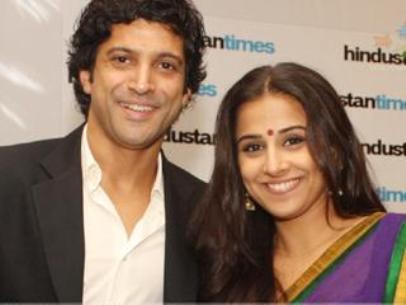 After spreading her magic in the movie ‘The Dirty Picture’, Bollywood actress Vidya Balan is all set to appear in yet another exciting flick ‘Shaadi Ke Side Effects’. The news is that the actress will be seen opposite Farhan Akhtar.

The movie ‘Shaadi Ke Side Effects’ is the sequel of the 2006 movie ‘Pyaar Ke Side Effects’ which had Mallika Sherawat and Rahul Bose in the lead role. Now Farhan and Vidya will be seen taking over the roles of Sid and Trisha in the sequel.

Pritish Nandy the producer of the movie said, “SKSE is a funny, clever, wild film full of the fascinating ways love works before and after marriage.” The producer added that the movie begins where the earlier movie had ended.

The earlier movie had narrated the plight the committed couples face during courtship. Though the movie could not do that well at the box office, it managed to develop a strong connectivity with the audience, due to which the makers decided to make a sequel. Farhan and Vidya have never been paired before and it will be excited to watch the two. Farhan while talking about his character said that it is a totally new genre for him and us surely going to enjoy his journey.