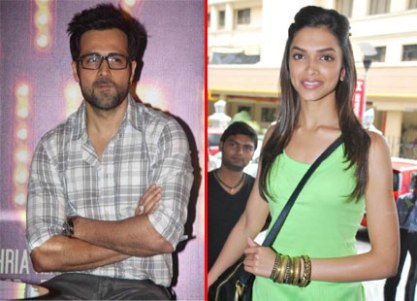 Bollywood actress Kareena Kapoor has always refrained from doing bold scenes except with her beau Saif ALi Khan. Recently, Bebo was offered a role opposite the serial kisser of the industry Emraan Hashmi, but refused to take it up.

After Kapoor’s refusal, actress Deepika Padukone has taken up the role and that was rejected by Kareena. Film maker Karan Johar was planning to introduce a new pair in his upcoming movie. But in Bollywood, when one project is rejected by one celebrity, the other one is waiting to grab it.

This happened with Deepika who did not have any qualms in working in Karan’s upcoming production with Emraan. The movie is the much awaited joint venture between Ekta Kapoor and Karan Johar.

However, if Kareena had managed to do it, then it would have been a boon for the project. But still the Deepika and Emraan pair will also be an interesting one for the audience. Johar revealed that it will be a romantic movie and will also have Kangana Ranaut and Randeep Hooda. At present the film maker is busy with the post production of the movie ‘Student Of The Year’. The Deepika and Emraan starrer movie is expected to go on floors only after the movie ‘Student Of The Year’ is completed.