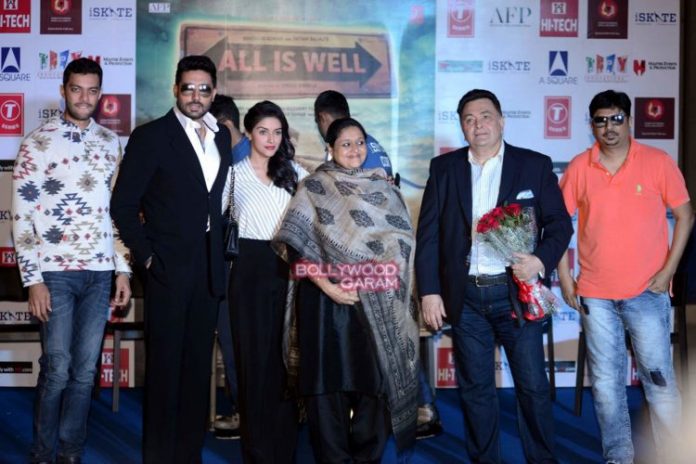 Bollywood actors Abhishek Bachchan and Asin promoted their upcoming movie ‘All Is Well’ at an event in Gurgaon on August 10, 2015. Asin and Abhishek made sure they looked at their stylish best. The ‘Refugee’ actor arrived in a black suit while Asin was seen in a striped shirt and black high waisted trouser.

The movie also stars Rishi Kapoor and Supriya Pathak and is directed by Umesh Shukla. The entire cast of the movie is leaving no stone unturned to promote the flick which is a family entertainer.

The movie s produced by Bhushan Kumar, Krishan Kumar and Shyam Bajaj and is all set to hit the theatres on August 21, 2015.