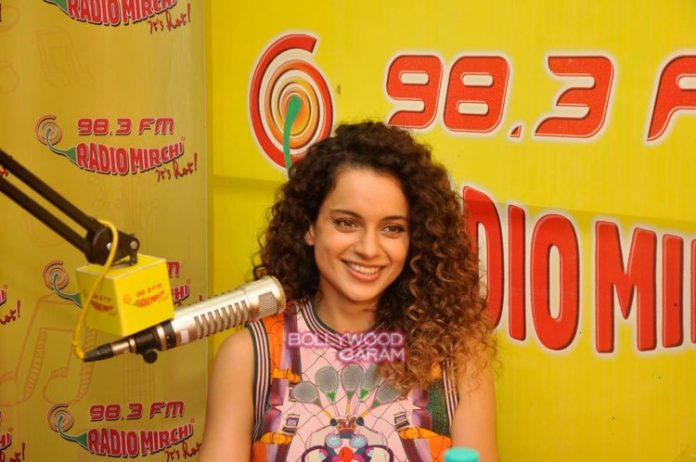 Actors Kangana Ranaut and Imran Khan promoted their upcoming movie ‘Katti Batti’ at Radio Mirchi 98.3 in Mumbai on August 12, 2015. Kangana was seen in a cool printed outfit while Imran was seen in a fun mood in a black t-shirt and jeans.

The movie is produced under the UTV Motion Pictures banner and is directed by Nikhil Advani. The story of the movie is about a couple who have been in a five year live in relationship.

The trailer of the flick has received a great response from the viewers and is all set to hit the theatres on September 18, 2015.