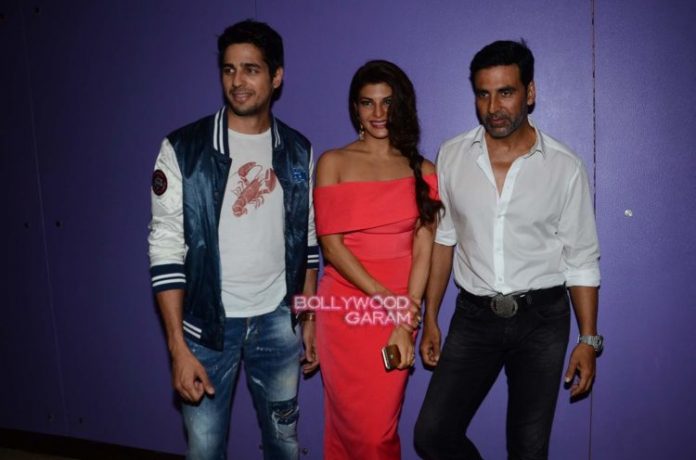 Actors Akshay Kumar, Jacqueline Fernandez and Sidharth Malhotra promoted their movie ‘Brothers’ on August 12, 2015. The movie hit the theatres on August 14, 2015 and the audience is looking forward for the unique cast of the flick.

The chemistry between Jacqueline and Akshay is something that the audience was waiting for and also stars Sidharth and Jackie Shroff in supporting roles. The entire team of the movie are not leaving any stone unturned to promote the flick and are trying to touch every possible platform.

The movie is directed by Karan Malhotra and produced by Hiroo Yash Johar.