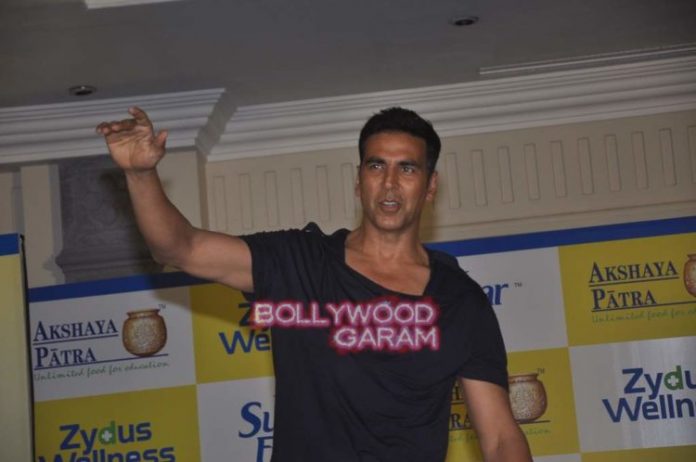 The makers of the ‘Housefull’ franchise are active again. The shoot of the third installment of ‘Housefull’ has began with Akshay Kumar, Abhishek Bachchan and Riteish Deshmukh in the lead. Akshay and Riteish were already a part of the earlier flick and Abhishek is the new addition to the star cast.

Director duo Sajid and Farhad have taken the director’s seat while Sajid Nadiadwala will be producing. An excited Riteish took his Twitter account to announce the beginning of the madness and wrote, “And the Madness begins #HouseFull3”.
The third installment of the movie also stars Nargis Fakhri, Jacqueline Fernandez and Lisa Haydon and is expected to be released in 2016. Abhishek’s addition to the cast is expected to be interesting as the actor has earlier impressed the audience in comedy. The actor has shown his comedy skills in the movies like ‘Bunty and Babli’ and ‘Bol Bachchan’.
Meanwhile Akshay Kumar, shared a video from the sets in which he was seen how he was unable to jump off a wooden barricade. Sajid’s ‘Humshakals’ proved to be a major failure at the box office and was criticized by the audience and the critics for bringing up such a content for entertainment.