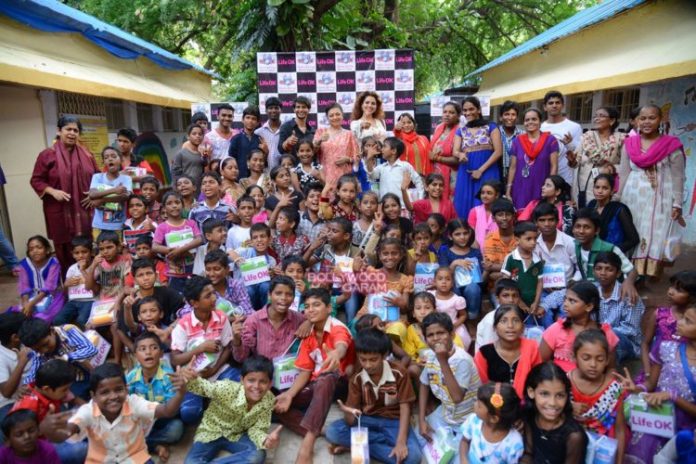 TV actors Dhruv Sharma and Tanaaz Irani from the TV series ‘Zindagi Abhi Baaki Hai Mere Ghost’ visited children at the Vatsalya foundation, Anand Niketan home in Mumbai on August 17, 2015. The actors interacted with the children and distributed gifts among them.

The TV series ‘Zindagi Abhi Baaki hai mere Ghost’ is produced by Ravi Ojha and will be aired in September 2015 on Life OK channel.

The story of the series is about a ghost family living in a haunted house and a poor fisherman comes to live in the same house.