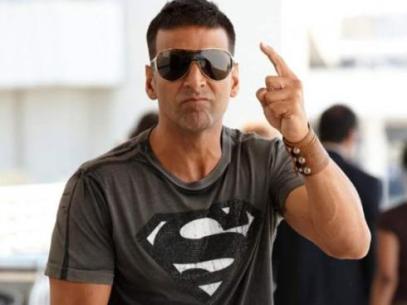 After enough speculations, Bollywood actor Akshay Kumar is now all set to work with the ‘Ghajini’ director A R Murugadoss. The two will be working together on the official remake of the Tamil movie ‘Thuppakki’.

The original movie had the Tamil super star Vijay and Kajal Agarwal. Close friend of Akshay Vipul Shah will be producing the movie. This will be the second Tamil remake for Akshay after he performed in the movie ‘Rowdy Rathore’ directed by Prabhu Deva.

Sources from the production unit say that this will be Murugadoss’s first movie after Aamir Khan’s ‘Ghajini’. It has been a long time since Murugadoss was planning a film with Akshay, but were not able to come up with an appropriate subject.

But now the subject is also been finalized and the shoot of the movie has been delayed due to the packed schedule of Akshay. The remake of the movie is expected to go on floors in the month of December, 2012. Even the lead actress of the movie is yet to be finalized. Akshay recently came up with the super hit movie ‘Rowdy Rathore’ which was a return of the actor to the hard core action genre.