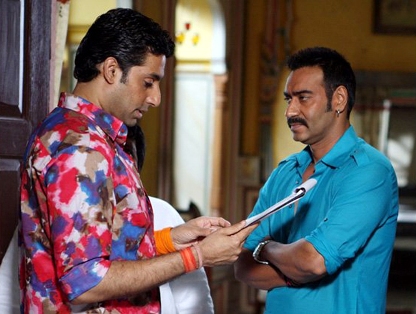 Shah has earlier worked Ashtavinayak on the movies like ‘Khatta Meetha’, ‘Blue’ and ‘Rockstar’. The financer said, “Ashtavinayak owes me Rs 36 crore and gave me post-dated cheques to that effect. I was supposed to deposit Rs 17 crore till June 30. Accordingly, I deposited Rs 8 crore but was told by the bank on Friday that the cheques have been dishonoured.”

Shah has even fallen out while the making of ‘Rockstar’ but had not revealed it in public. The financer said that he had proceeded with ‘Bol Bachchan’ thinking that things would improve.

Raju even said that of Rs. 41 crores Ashtavinayak owes, they have only returned 5 crores during the filming of ‘Rockstar’ but are now going mad while trying to recover the remaining Rs. 36 crores. Seems like the movie makers are in more serious trouble after Nagpur based distributor also filed a case.